The Official Track Forecast Errors and Skill Scores of IMD/ RSMC New Delhi for the tropical cyclones (maximum sustained wind speed 34 kts and above) during 2003 to 2021 are shown in Fig. 1a & b and Table 1&2 respectively. The figures clearly indicate significant improvement in the cyclone track forecast, as the errors have decreased and the skill has increased. Five year moving average track forecast error and skill scores of IMD/RSMC for the cyclones during 2003-2021 are shown in Fig. 2a & 2b.

For details about the verification methods and the results, following research article may be referred: 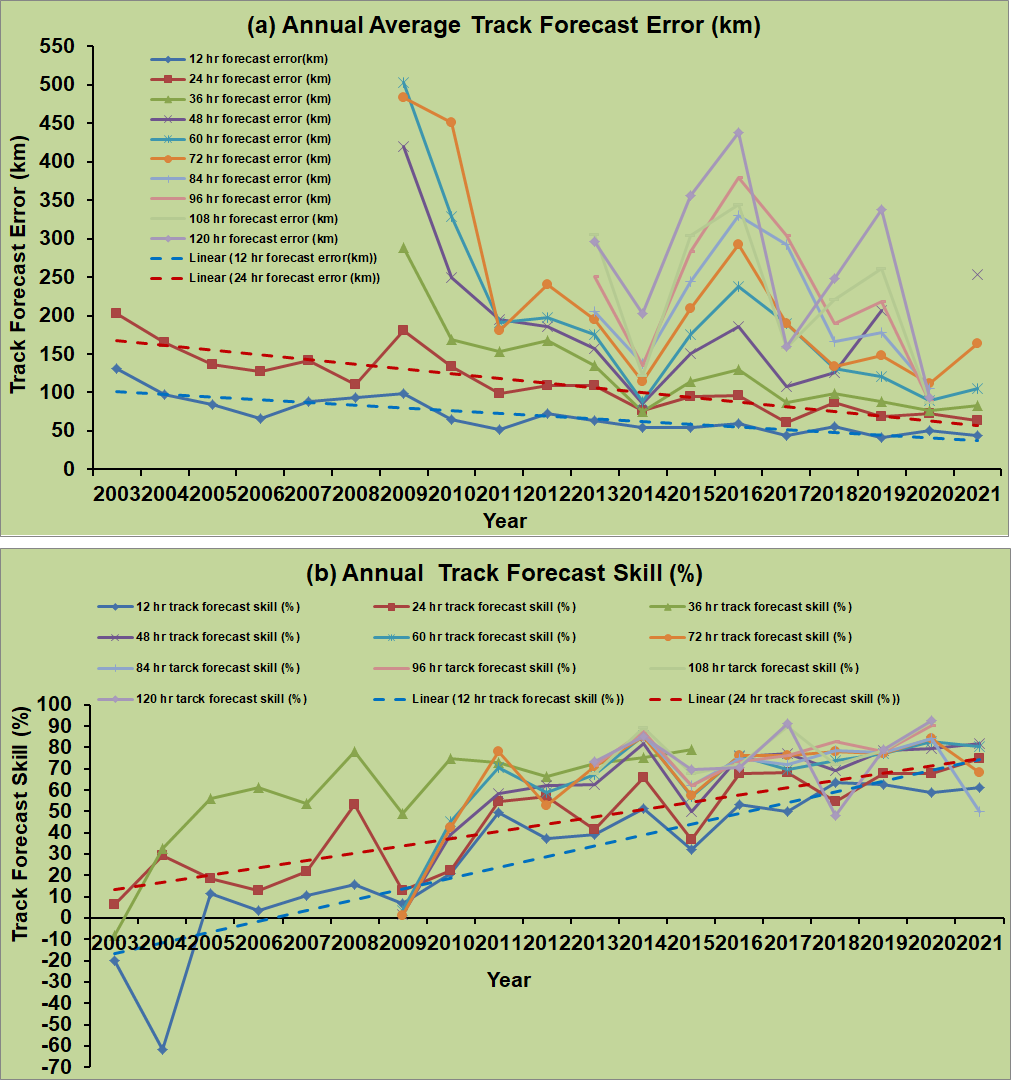 Fig.2: Five year moving average track (a) forecast error and (b) skill scores of IMD/RSMC for the cyclones during 2003-2021 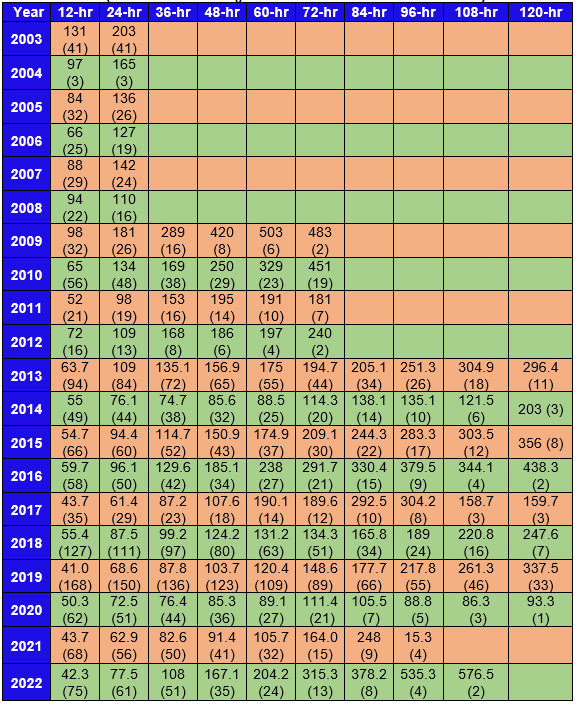 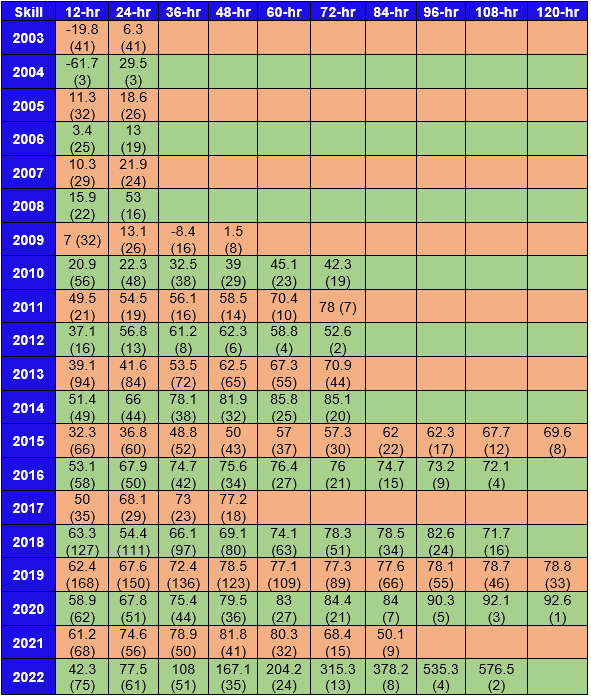